Dear friends, I salute you. Tuesday and we reached 31st of the month and March … goes down in history as the worst nightmare of 21st century ……

Pavlos Polakis is above all a human being… The former Deputy Minister of Health, through a post on social media, has made it clear that he is not going to offer his salary, but to do otherwise to help those in need… If the offer is Pavlos Polakis surgery it is better to get sponsorship from Baboulas ” funeral services ….

Manolis Glezos, a symbol of the Left political wing, died at the age of 98 years. I will say nothing by following the saying that “For the dead or good talk or nothing” … Only “God rest his soul” …. A huge financial catastrophe is taking place worldwide because of the measures taken to tackle the coronavirus pandemic. In the Eurozone, the disaster will take on a colossal dimension because Member States are trapped in a currency they cannot issue. And this aid is something like the help Shilok gave Antonio … except that Lagarde is neither Portia (or Baltasar hereafter) to save the European states. Member States should thus be subject to the ESM for ‘loans’. Like Faust. More specifically I quote from the blog oanagnostis.gr: “He arrives in a kingdom where he is in dire financial straits. With the help of Mephisto Faust always proposes to the king to make paper money to be saved from the crisis When the king obeys, the country is saved from bankruptcy, but the citizenry is growing, where everything is measured at the value of money. Society is possessed by the obsessive thinking of profit. Goethe deliberately puts the Devil himself to cooperate so that the King can hear Faust’s words and issue paper money, implying his satanic origin. After all, he himself hated paper money, and never used it in his life. It is no coincidence that war will soon be coming to the fore. Faust asks Mephistus for power, action. Mephisto also influences people this time to turn against themselves, so that Faust has the opportunity to consolidate his sovereignty and to experience the adventure of power. He proclaims Faust the commander-in-chief of the royal armies and with the help of three giants is thrown into battle against the rebels. He is aware of violence, death, pain, destruction. And after all this, disgusted returns to loneliness. He understands that happiness can exist neither in glory, nor in wealth, nor in power. After a course that he discovers human passions in their greatness, having tasted what a human being can taste, having learned from experience, but being unhappy, he finds that only love is the deepest reason that the soul can find her peace. ” Let me emphasize that Mephistopheles comes from the Hebrew words Mephiz (destroyer) + tophel (liar)… .. Do you understand where Germany is going, and America !!!!!

France is on the wrong ladder. The threshold of 3,000 deaths (3,024) due to the new coronavirus has surpassed France today. Of these, 418 were recorded in the last 24 hours, the largest daily increase since the outbreak, according to the authorities’ daily report. France becomes the fourth country in the world to exceed 3,000 virus victims. The report only applies to those who die in hospitals. In all of this, Italy recommends setting up a Spinalonga island for the sick !!!!

Every month lockdown Europe loses 3% of GDP…. Germany in the most optimistic forecast will have a -3% recession….

Today’s day demands caution as the ‘power organs’ do their work with exaggerated zeal. Those in power who are doomed to fail. The person who has the wrong impression and who deceives him. The man playing a game of diplomacy. The days that one can easily step in. The person who is distinguished by his knowledge, experience or ability. Days dedicated to science. Scientific discoveries may finally give a solution !!! Many conflicts over who is the most capable. Problems in reformatories, prisons etc. 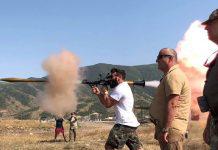 What will happen tomorrow 28/5

What will happen tomorrow 5th March 2020 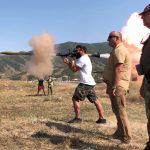 Karl-Heinz Ottinger - 11 September 2020
0
“She said nothing, she only looked at me without a word. But it hurts more, it hurts more when they don't...

Karl-Heinz Ottinger - 9 September 2020
0
“ Before all else , be armed” N. Machiavelli https://www.youtube.com/watch?v=g6UUeTUbxsg&ab_channel=Goalcast Friends and friends,... 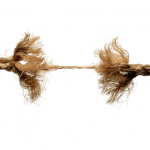 What will happen tomorrow 9th of September 2020

Karl-Heinz Ottinger - 8 September 2020
0
“Success is not final, failure is not fatal: it is the courage to continue that counts.” Churchill 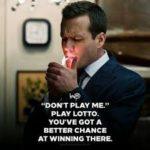 What will happen tomorrow 8th of September 2020

Karl-Heinz Ottinger - 7 September 2020
0
" “The Germans have received back again that measure of fire and steel which they have so often meted out to others....
© 2020 | Uranian - Astrolabor.com | All rights reserved
error: Content is protected !!
MORE STORIES